A few years ago I started on a mission to discover new fruits and vegetables.  Each week, I would peruse the unique displays of produce, selecting varieties that I had never before eaten or cooked with.  Eventually, I discovered the jícama and it is now on my list of favorites.

Jícama is a root vegetable of Mexican origin, also known as the Mexican Yam or Mexican Turnip.  It has a crunchy texture, much like an apple, but a very mild, earthy flavor.  This particular recipe is a spicy, savory one, but jícama effortlessly combines with fresh fruit as well.

This recipe is not entirely original.  After googling various recipes I found this recipe for Spicy Thai Jícama Salad.  Although that original recipe was delicious, I made a few alterations and substitutions to fit my own taste, and what I had in the cupboard at the time. 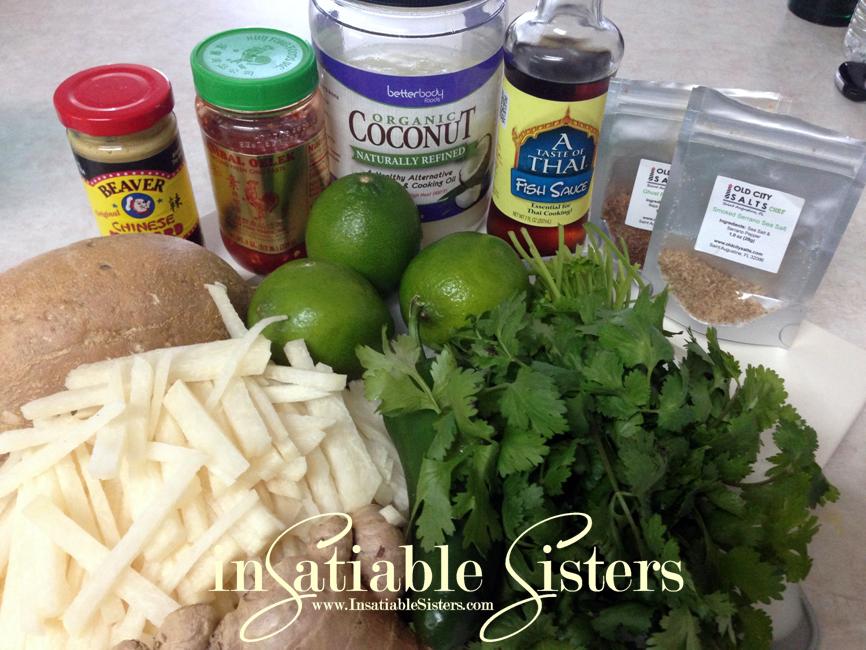 In a large bowl, combine Jicama, onion, cilantro, jalapeno.  Toss together and set aside. 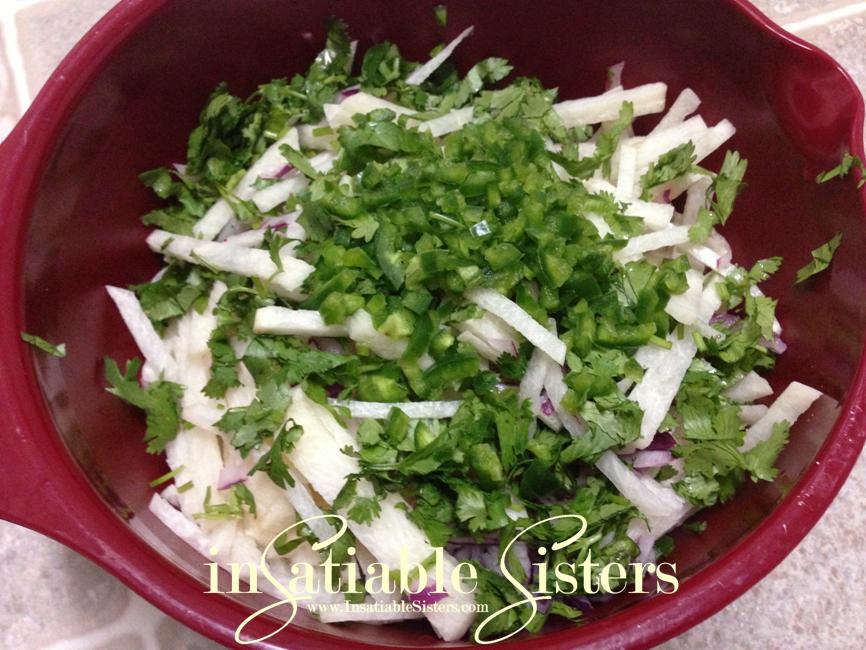 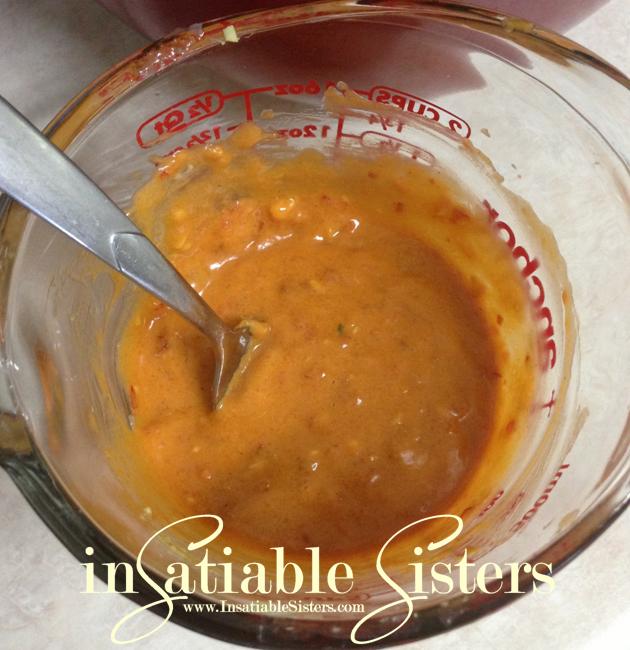 In another bowl whisk together the dressing ingredients until well incorporated.  If it looks too thick, add some olive oil until you reach desired consistency.  You should end up with about 1 cup of dressing.

Pour the dressing over the salad and toss to coat.  Serve chilled, and finish with a sprinkle of sesame seeds and a pinch of your favorite Old City Salt blend. 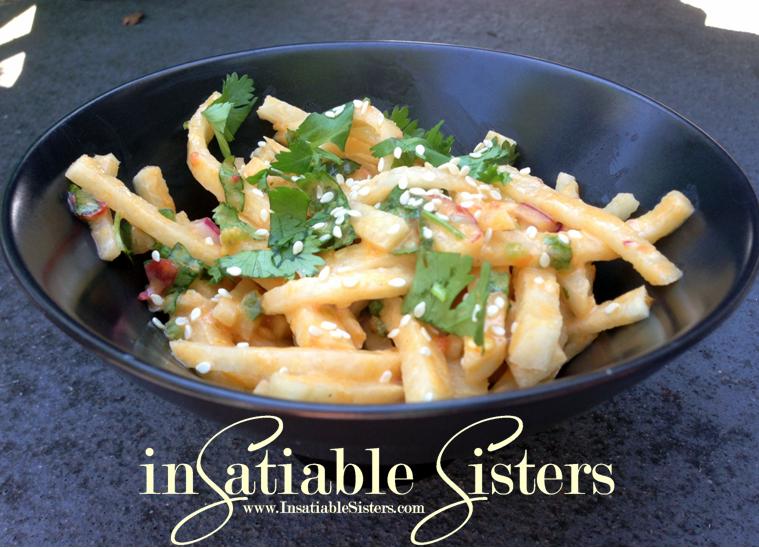 *This salad keeps well in the refrigerator for a few days, just give it a toss before serving as the dressing tends to pool at the bottom.

Recently, I’ve become a little obsessed with fresh scones. My friend Danielle shared her recipe with me, and since then I’ve made several delicious variations using her basic recipe. In this particular creation, I’ve made a savory scone with rosemary, sharp cheddar and red onion. This recipe is quick and simple…only half hour to delicious homemade scones! I hope you enjoy it as much as I have! 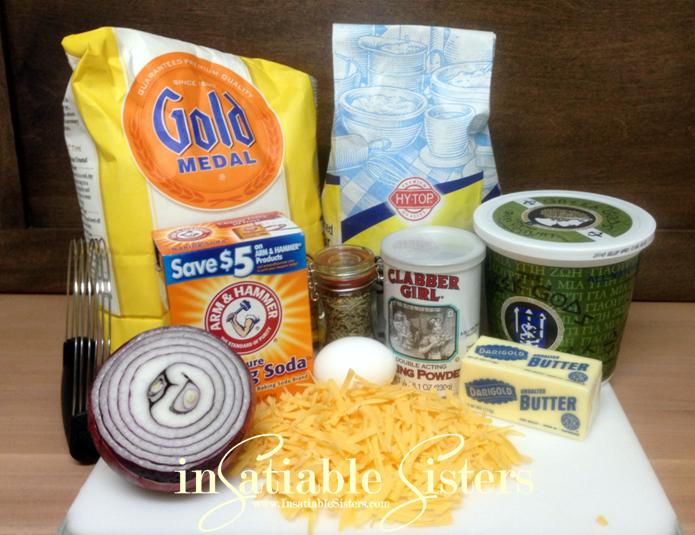 Preheat oven to 400.
Mix all dry ingredients together (including rosemary). Add butter in chunks. 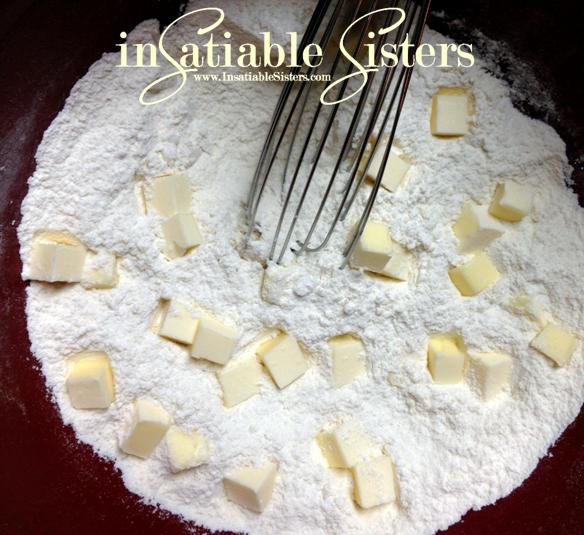 Flour your countertop and form the dough into a long rectangle. Cut dough into 10 even triangles, then brush with egg white and sprinkle with kosher salt. 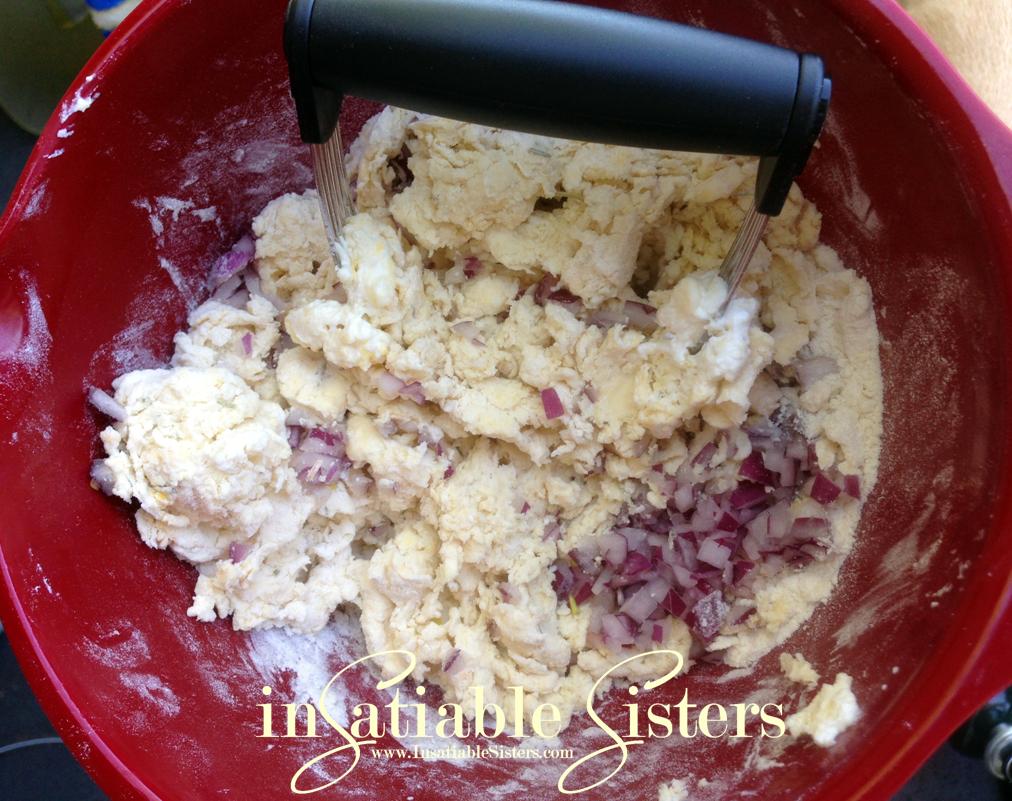 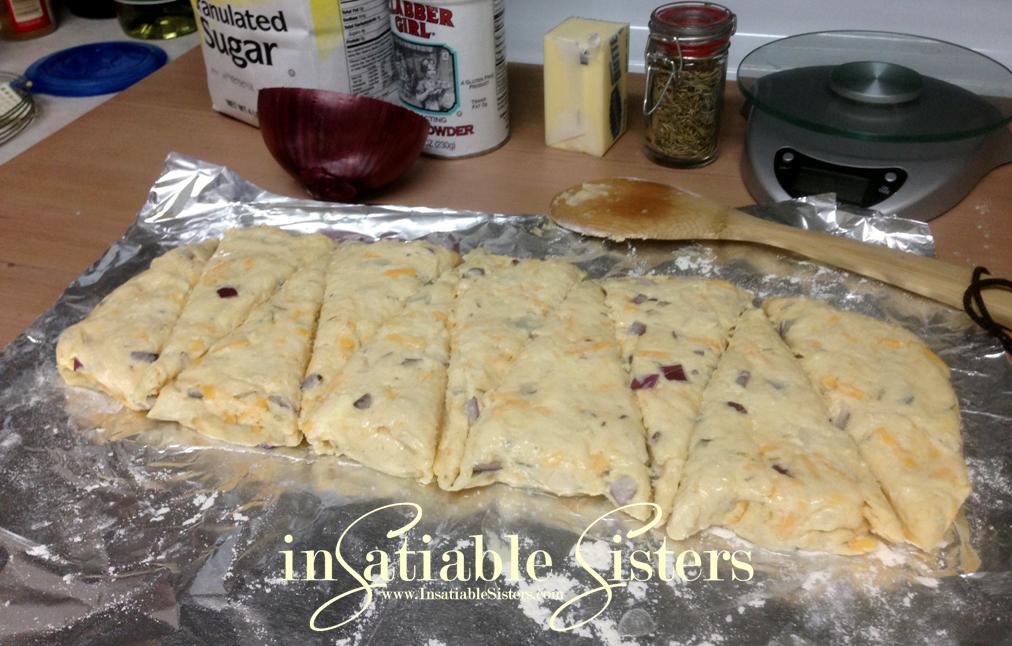 Arrange scone triangles on a baking stone. Bake at 400 degrees for 15 minutes. Allow to cool directly on the stone. Enjoy! 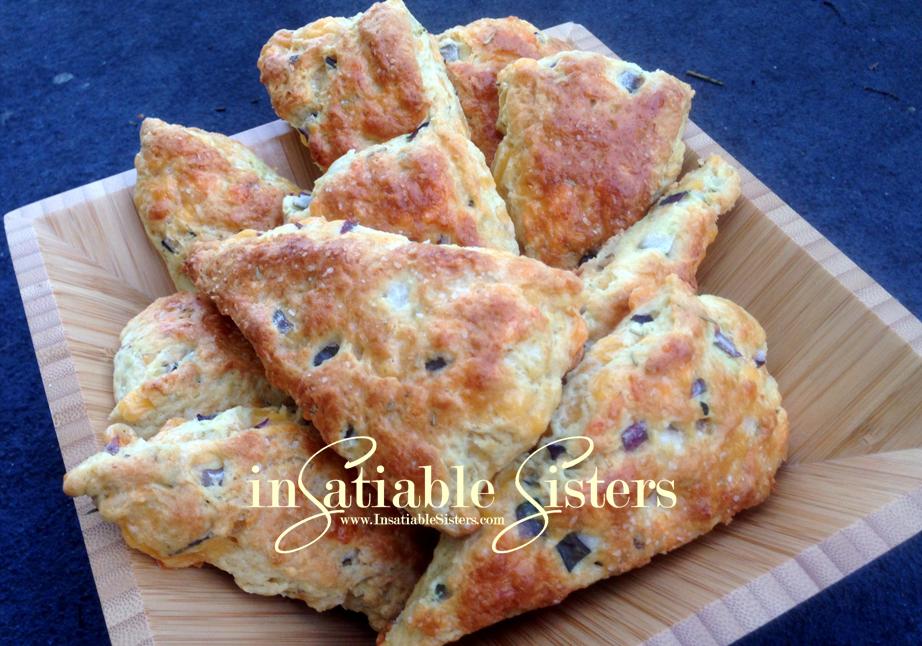 This sweet salsa is so simple to make, but the flavors are amazing!  The technique really needs no explanation, it’s just a lot of chopping, but I guarantee it will be worth the work!  Unlike many store-bought mango salsa’s, this one has zero tomato or peaches.  I like to let the mango be the star with just a few complimentary ingredients.  ~Joanie 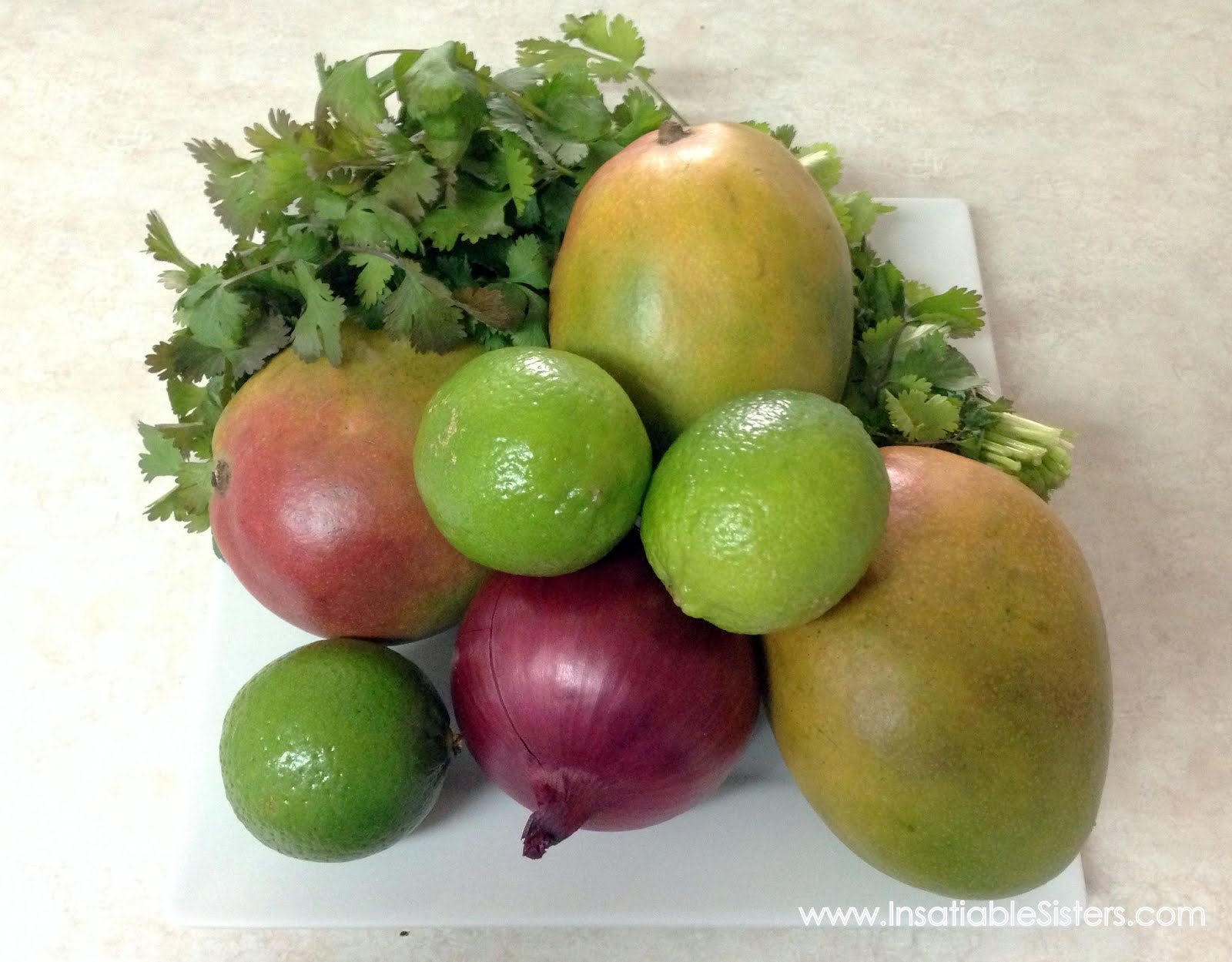 Peel and chop your mangoes into small cubes.

**If you’ve never worked with fresh mango before, keep in mind that mango has a flat core. If you look at the stem side, you will notice the fruit is oblong shaped. Slice along the length of the fruit on both sides of the stem, then repeat along the width. This will give you the largest pieces of flesh and will make chopping easier. There is still a lot of flesh left, so slice off as much as possible without getting into the fibrous core. 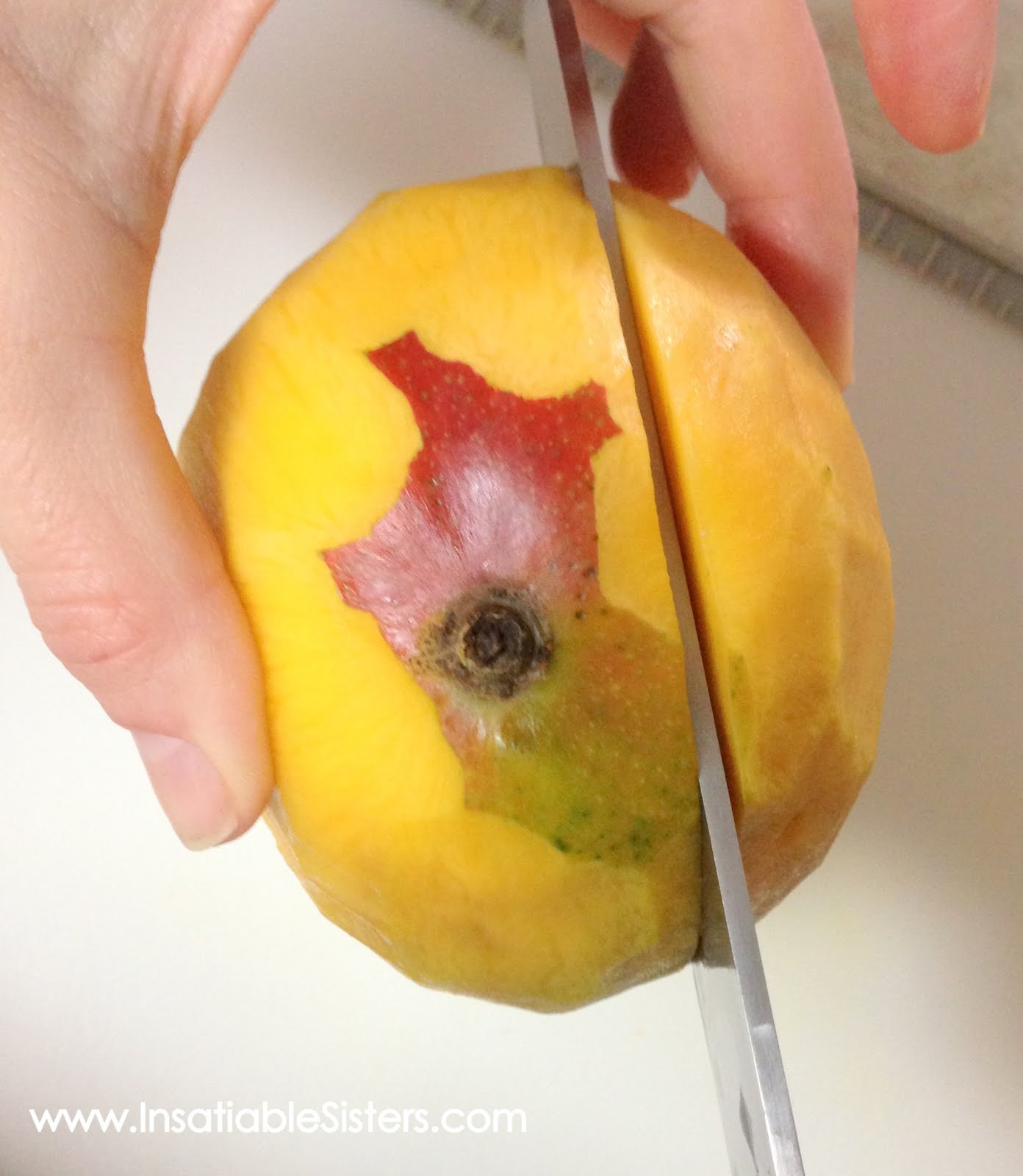 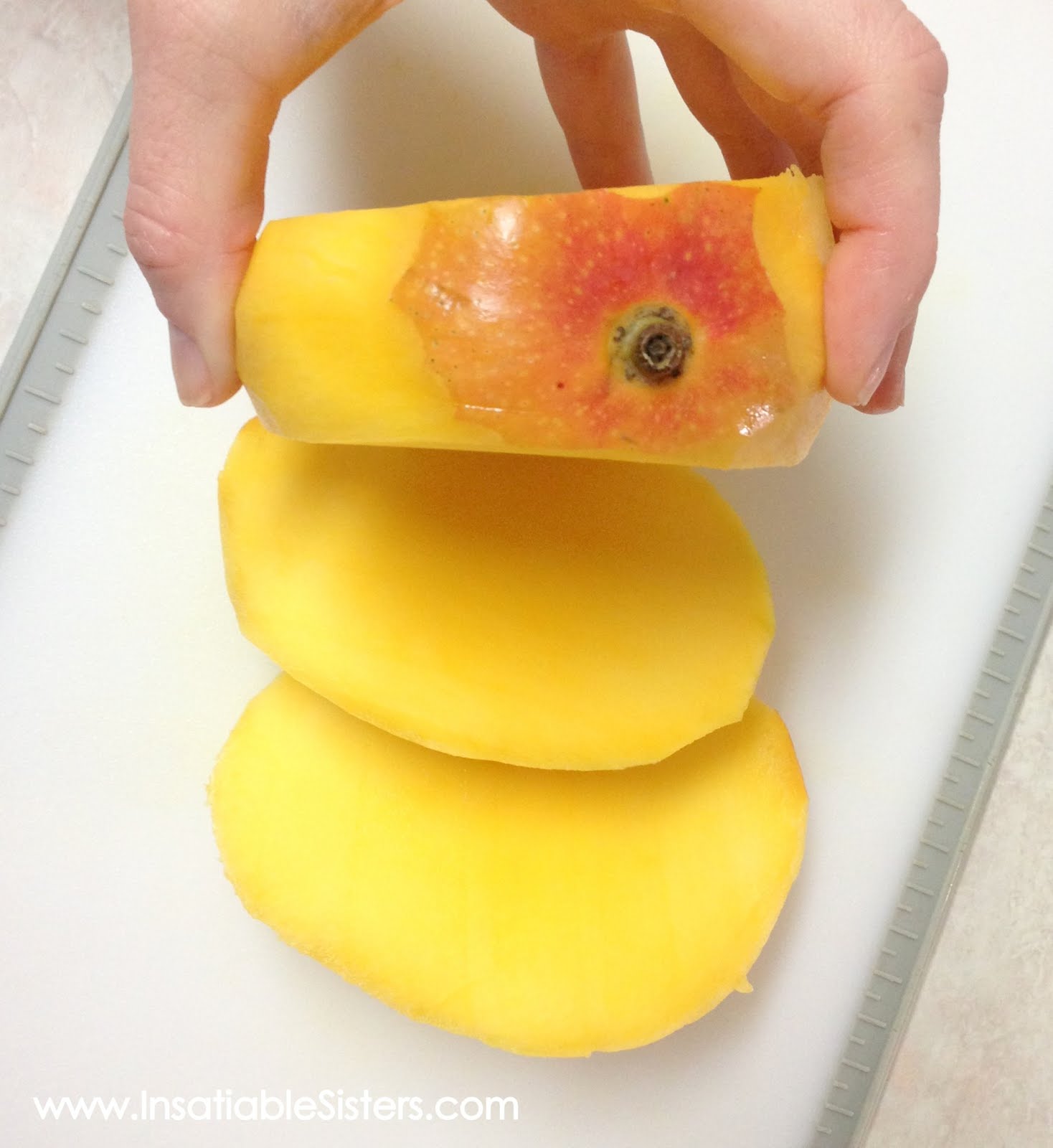 Wash and chop your cilantro. The easiest way I’ve found is to keep it in a bundle, like it comes from the grocer. Chop off most of the bare stem, then finely chop as you make your way up through the leaves. I like to use about 1 cup of cilantro. You can adjust according to your taste.  If you have way more cilantro than the recipe calls for, store the extra in a cup of water, like a bouquet of flowers.

Throw everything in a big bowl (if you haven’t already) and squeeze in the juice of one lime. Yes, you can use lime juice from a bottle, about 2 TBS. 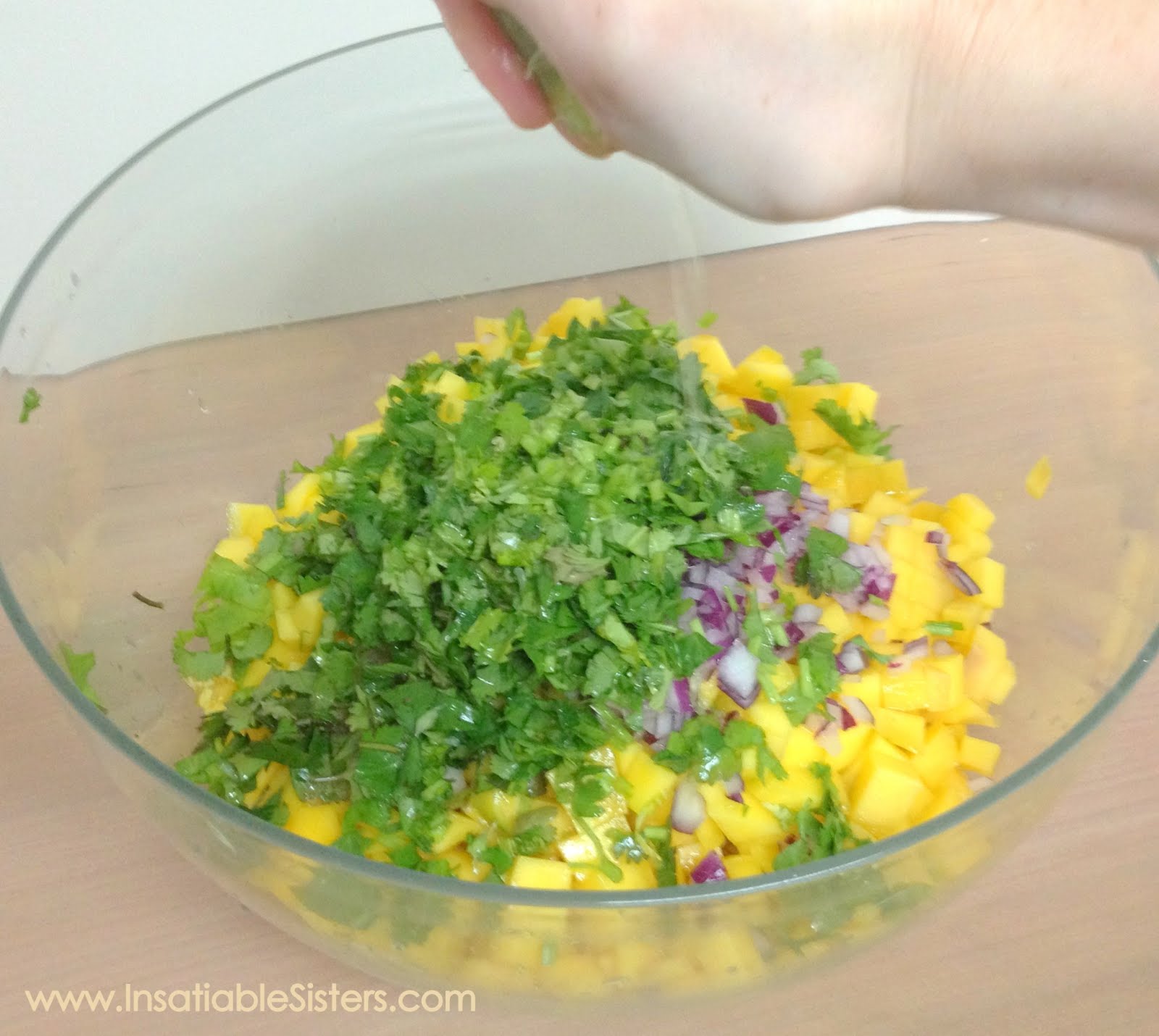 Salt to taste, give a good stir, and devour!! 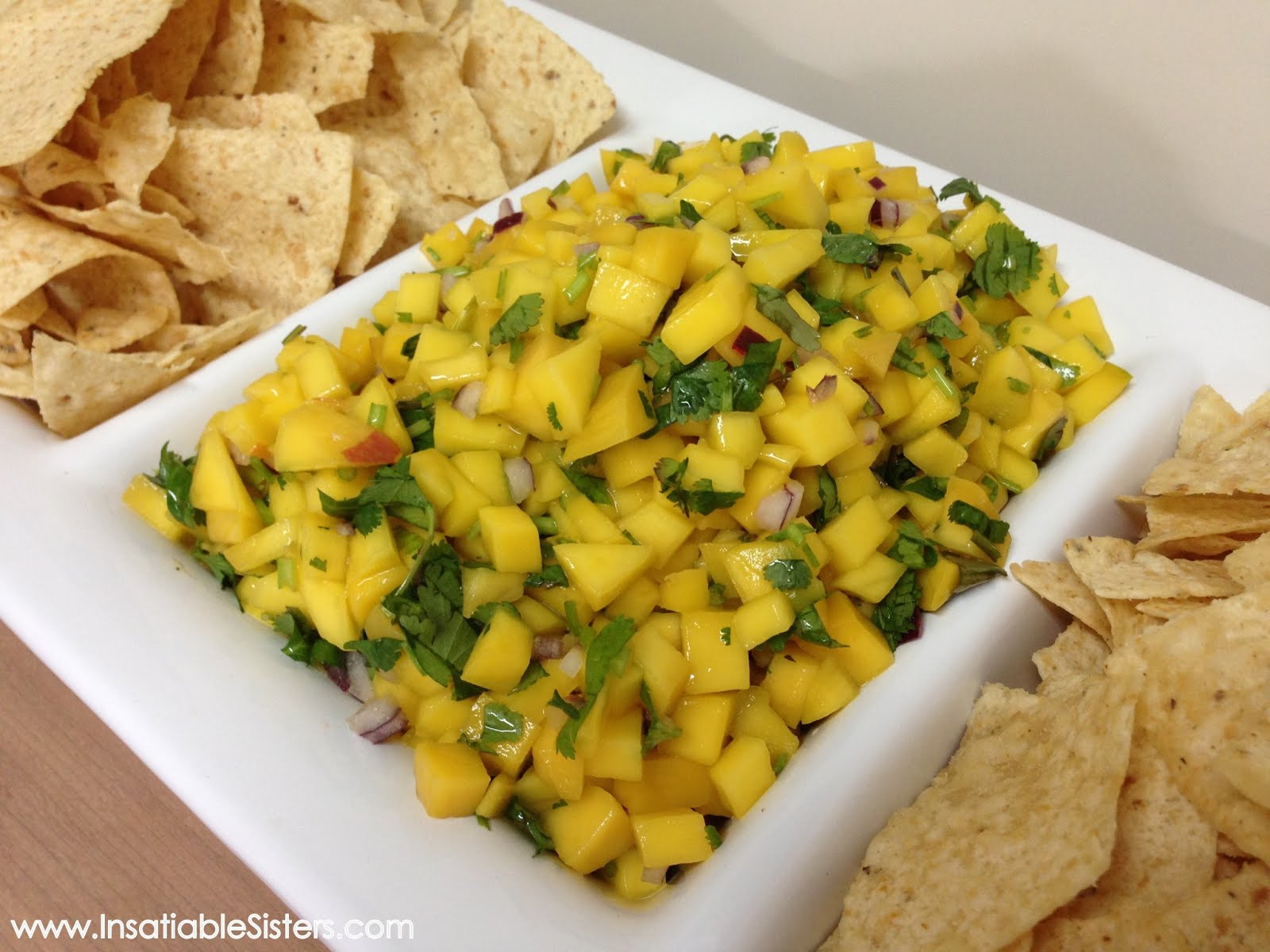 Although for our purposes today, we’re scooping this salsa with plain ol’ tortilla chips, there are so many more ways to enjoy it. It goes incredibly well with blackened halibut, or add it as a semi-sweet side for smoked ham. I’d love to hear what YOU paired it with!