I love citrus and grapefruit is one of my favorites.  It reminds me of being at my grandparents house in Florida and picking the tart fruit right from the tree!  As I was testing my key lime pie last year I started thinking about the possibility of grapefruit pie.  I’ve tried different variations of grapefruit pie over the last year and finally came up with one that I think is perfect.  As I researched grapefruit pie, I realized that they all use the actual wedges, and made a fruit pie, while I wanted more of a custard.  So I juiced the grapefruit and simmered it and reduced it by half so it was super sweet and super tart.  I also used the zest of one whole grapefruit to make sure it had tons of flavor.  Then I took the custard base that I use for the key lime pie and used the grapefruit juice and zest instead.  I couldn’t be more happy with the results and I hope you like it too!

1 cup grapefruit juice, I used Ruby Red but any variety will do (One very large grapefruit will give you about 1 cup)
Zest from your grapefruit
1 14oz can of sweetened condensed milk
3 large egg yolks
1 9″ graham cracker crust  (or you can use a ready made crust)

To make the whipped cream, put the heavy cream into a cold mixer bowl (I stick mine in the freezer beforehand for a few minutes).  Using the whisk attachment and the mixer on high, whip the cream until it thickens up and forms peaks (3-4 minutes).  Turn the mixer off and add your vanilla and powdered sugar.  Turn the mixer on medium to incorporate the sugar and vanilla.  Once finished, put the whipped cream into a lidded air-tight container and store in refrigerator.  You will need your bowl and whisk attachment again so you’ll need to wash it.

Squeeze grapefruit juice into a small bowl or sauce pot.  Strain out seeds and big clumps of pulp.

Simmer in sauce pot on med/high heat to reduce by half.  This will take approximately 10-15 minutes.  Keep an eye on it and stir occasionally.  You will end up with 1/2 a cup of reduced juice.  Add the zest and cool in an ice bath.  (Don’t skip the ice bath!  You do this so you don’t cook the eggs by adding hot juice.)

Once the juice isn’t hot to the touch (it’s okay if it’s warm) add it, the sweetened condensed milk, and egg yolks to a mixer bowl.  Using your whisk attachment again, blend on high until well incorporated, 1-2 minutes.

Pour the filling into the pie crust and bake for 15 minutes.

Let pie rest out of the oven for 10 minutes before chilling it in the fridge.  Top with homemade whipped cream and serve cold.

Blackberries are synonymous with Fall in the Pacific Northwest.  Everywhere you go you can find fresh blackberries for sale, blackberry shakes and smoothies, blackberry desserts, jam & syrup…you name it!  I’m lucky enough to have access to TONS of wild blackberry bushes that are heavy with ripe, juicy berries.  I’ve been a little obsessive this season about making sure I’ve picked enough to last me through the winter, and my torn up hands are proof of that!  But, it’s well worth it to have a nice supply in the freezer.  Not only are they amazing in tons of recipes, but they also make flavorful (and pretty!) little ice cubes for your water.

This recipe is a spin off from my Key Lime Cheesecake recipe.  I used the same basic method with a few key ingredient swaps.  Anyone who knows me knows that I’m not a dessert girl, but I could eat these all day!  It’s light and moussy with tons of blackberry flavor, not to mention the color!!  They’re pretty little things!

Keep in mind, the recipe as written includes the blackberry seeds.  If you are someone who is sensitive to those hard little seeds, just replace the 2 cups of blackberries with 1 cup of fresh, strained blackberry juice.  Also, you can prepare in two ways: traditional cheesecake in a spring-form pan, or, my favorite, cheesecake mini’s (as pictured above).

To Prepare Crust: In a food processor, process graham crackers until they turn to coarse crumbs.  Transfer to a bowl, add melted butter, sugar and cinnamon.  Stir until thoroughly combined and mixture is the consistency of wet sand.  Press crumbs firmly into the bottom of an ungreased spring-form pan.  (If you’re making individual cheesecakes in a cupcake pan, scroll to the bottom for further instructions.)   Bake for 7 minutes.  Remove and allow to cool completely.

To Prepare Blackberry Syrup:  In a small saucepan, mash blackberries.  Add lemon juice and cook on medium heat until they release their juices, 5-10 minutes.  Strain the liquid through a fine mesh strainer.  Return to pan, add the sugar and cook on medium for another 5 minutes or until liquid coats the back of a spoon.  Allow to cool completely.

To Prepare Blackberry Mousse:  Add blackberries to a medium saucepan and give them a quick squish with a fork.  Add water and Knox gelatin and allow to sit about 5 minutes until the gelatin begins to develop and the liquid thickens.

Add eggs and sugar and whisk until eggs are well beaten into the mixture.  Turn your heat on medium and stir constantly while the mixture slowly comes to a boil.  Stirring is VERY important, you don’t want to end up with scrambled eggs in your cheesecake!

Once the mixture has thickened remove from heat and set aside.

In a large mixing bowl, cream the butter and cream cheese together.  Add the blackberry mixture and mix on medium speed until well combined, scraping the sides and bottom so that all of the cream cheese is incorporated.  Refrigerate until cool stirring occasionally, about 1 hour.

Meanwhile, whip the heavy cream in a metal bowl until stiff peaks form.  When the blackberry mixture has cooled, fold in the whipped cream.

Pour the mousse into prepared crust and smooth it out with a knife or the back of a spoon.  Refrigerate until firm, about 2 hours.

To release from the pan, run a thin knife around the edge of the pan before opening the spring-form clip.  Remove the pan cuff.  Place a sheet of parchment over the top of the cheesecake, then flip it over onto a flat surface.  Gently insert a butter knife between the crust and the pan and the the cheesecake should easily release.

Before serving, drizzle with blackberry syrup. 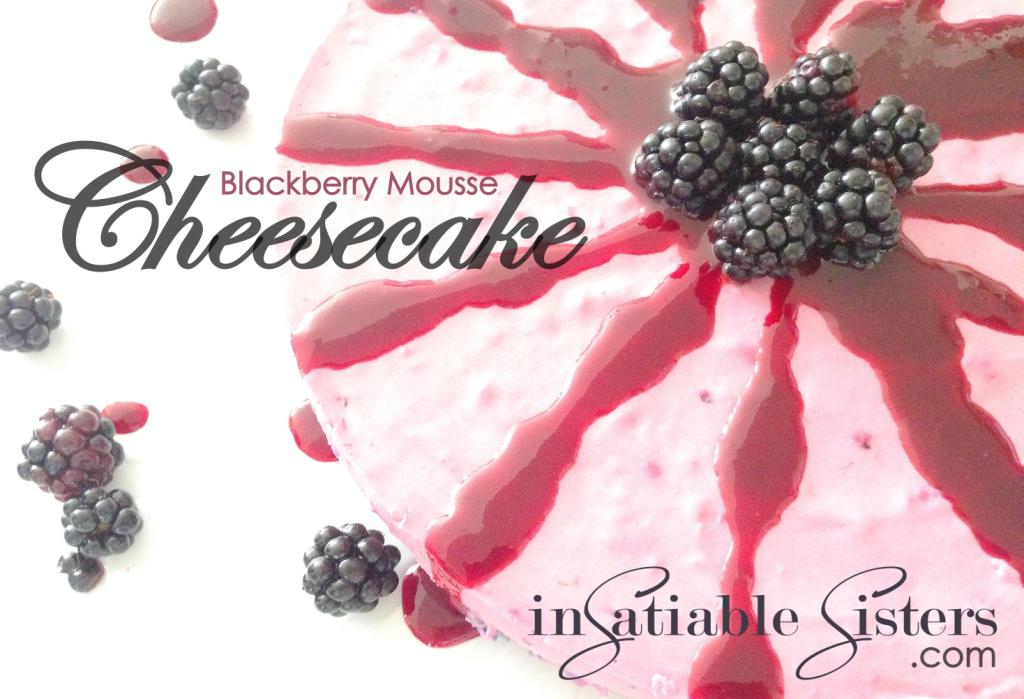 Note: You cannot prepare mini’s in batches, they must all be done at once because the cheesecake mixture will firm up in the mixing bowl if left unpoured.  If you don’t have at least 24 cupcake spaces, you can purchase disposables at any dollar store or grocery store.

Distribute graham cracker mixture evenly into all foil liners, about 1 tablespoon each.  Press firmly into the bottom of each cup.  (Try using a clean spice bottle for this.)

Once crust has cooled, fill with prepared blackberry mixture all the way to the top of the foil liner.  Refrigerate until cool and set, at least 2 hours. 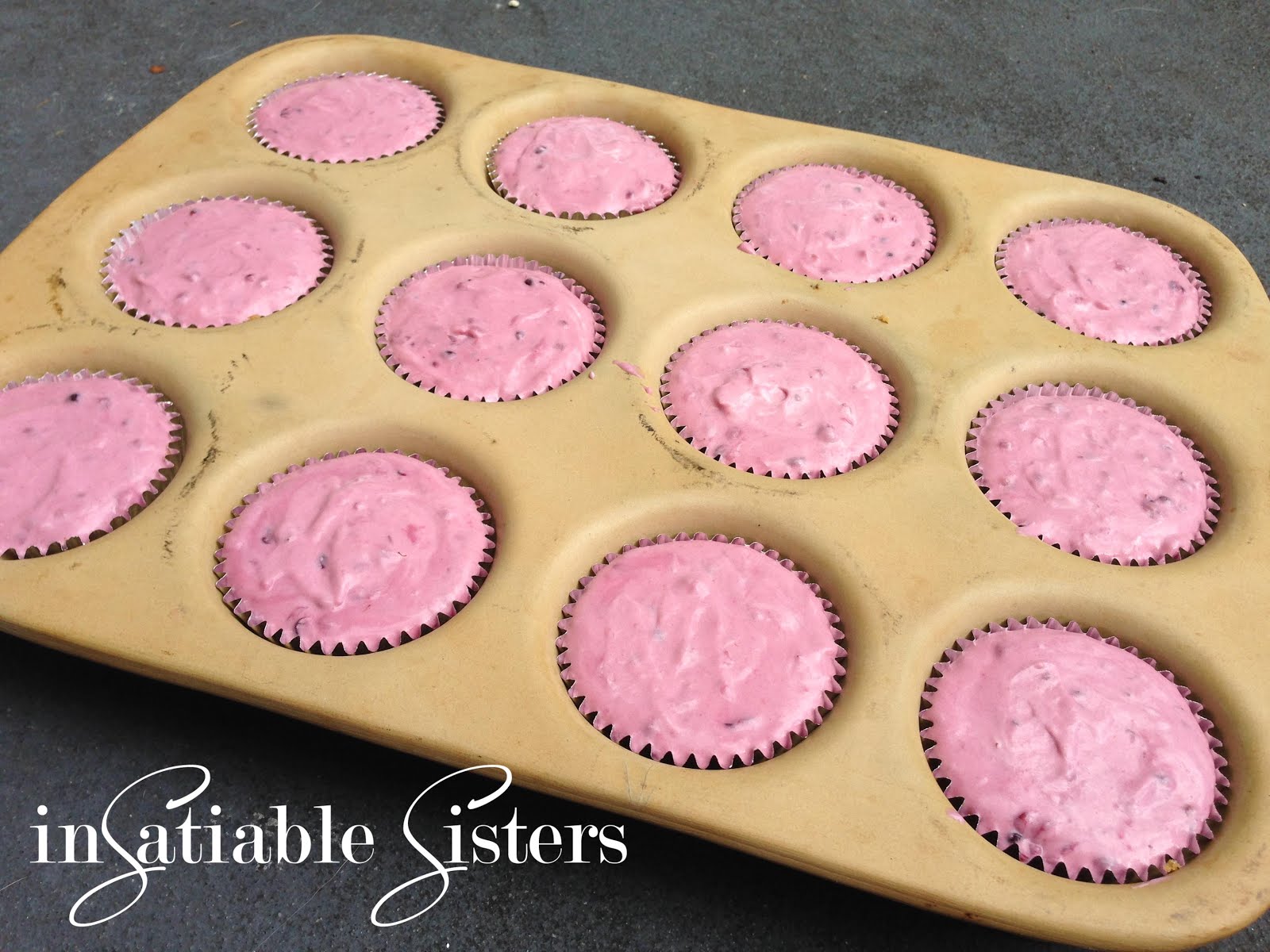 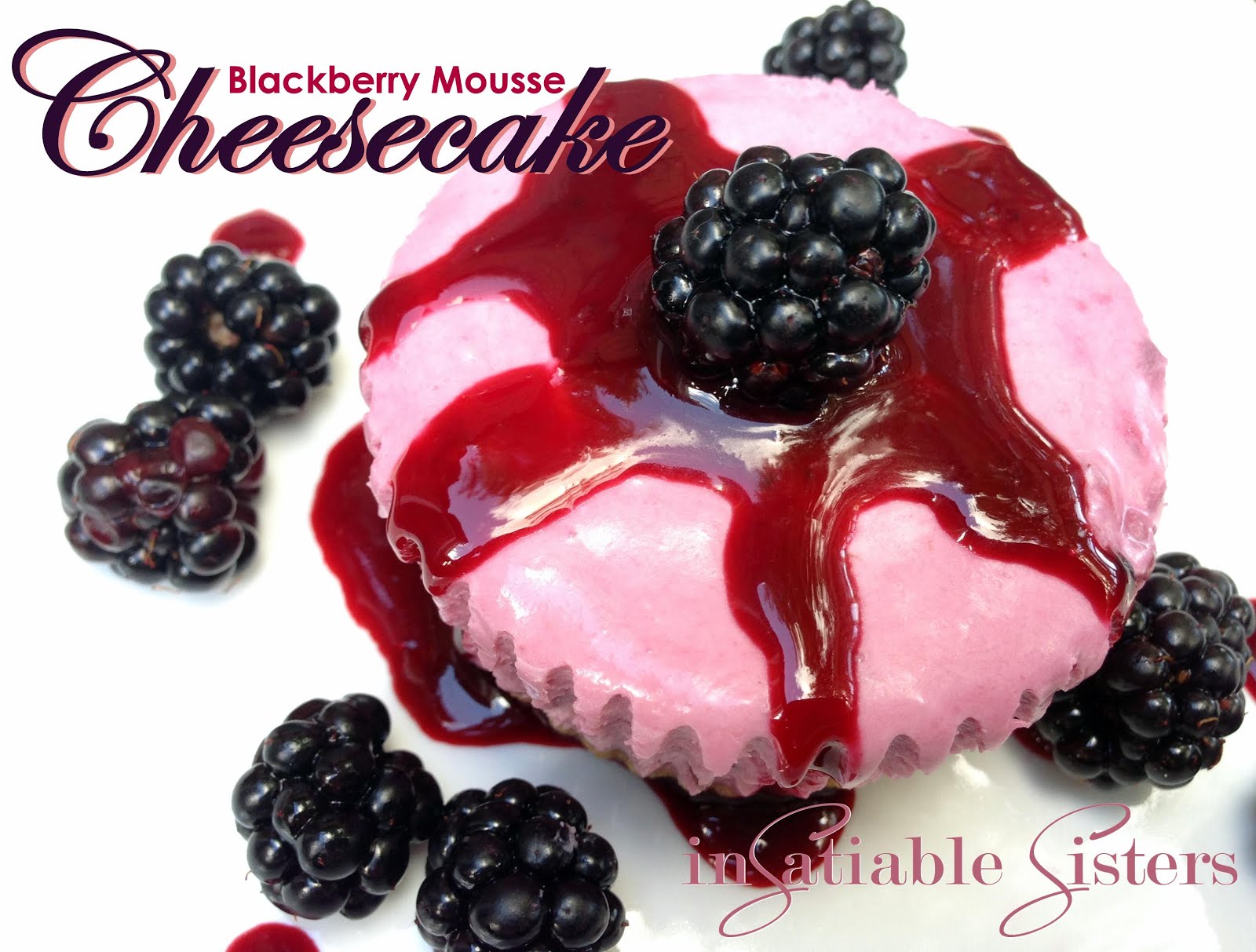 Key lime pie is one of my husband’s favorite pies and definitely one of the dishes he requests the most.  Good thing this recipe is super easy and makes the most delicious key lime pie!  You can skip a step by purchasing a pre-made graham cracker crust!  You could also use cool whip, but homemade whipped cream is so easy and delicious, why would you want to? I hope you enjoy this recipe!   ~Janna

Graham cracker crust:  Skip this step if you have store bought crust.

Pre-heat oven to 350 degrees F.  Combine the ingredients and blend well in an electric mixer, about 2 or 3 minutes.  Pour into graham cracker crust, bake at 350 degrees F for 15 minutes.  Let pie cool for 15 minutes and then place in refrigerator until cool.  Once cool, add whipped cream and serve!

Place whipping cream into a cold metal mixing bowl.  I put mine in the freezer for a few minutes.  Mix with whisk attachment on med/high for a few minutes until soft peaks form, add vanilla and powdered sugar and keep blending until stiff peaks form.  Use generously to top key lime pie.  Keep pie chilled until ready to serve.

These light and fluffy cupcakes are a perfect vessel for fudgy ganache.  They are very easy to make and require ordinary ingredients.  The mint cream adds a nippy not-so-sweet element, and the green candy garnish is a tribute to St. Patrick’s Day.  These cupcakes do take a bit of time to complete all the steps, but they are beatiful and delicious and well worth the effort.  Enjoy!
~Joanie

Directions:
Chocolate Cupcakes
Makes about 24 cupcakes
Preheat oven to 350*F.
In a large mixing bowl, stir together sugar, flour, cocoa, baking powder, baking soda and salt.
Add eggs, half & half, oil and vanilla.  Beat on medium speed for about one minute. 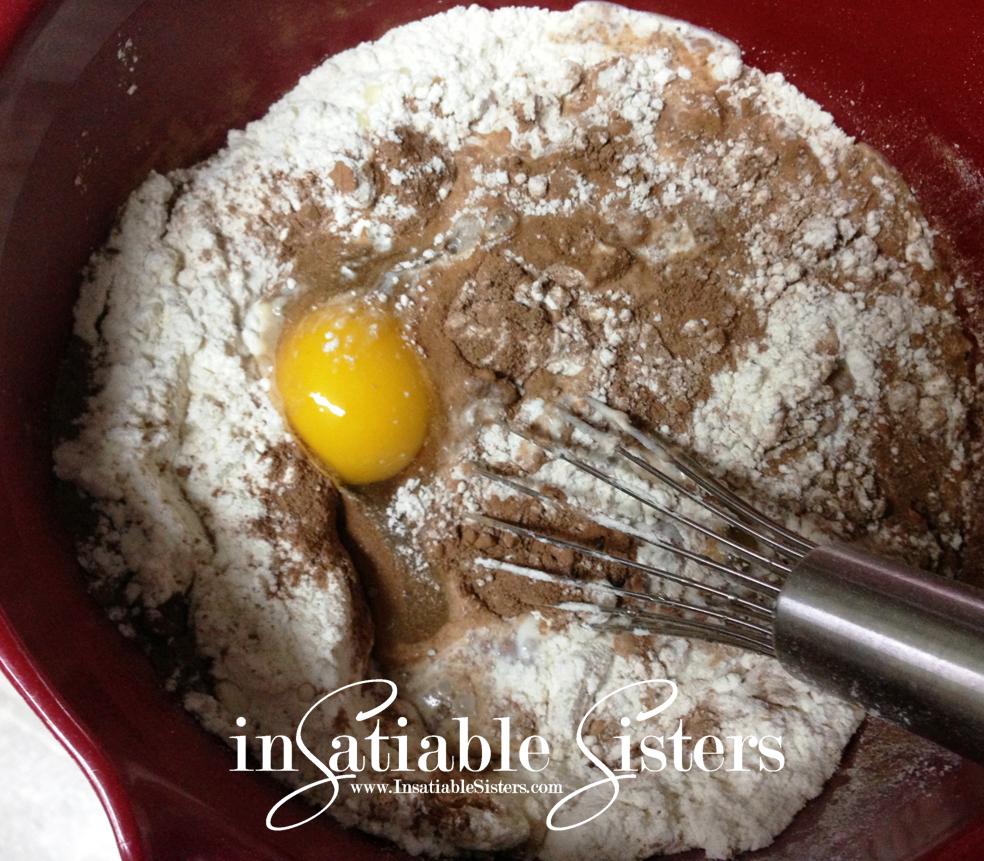 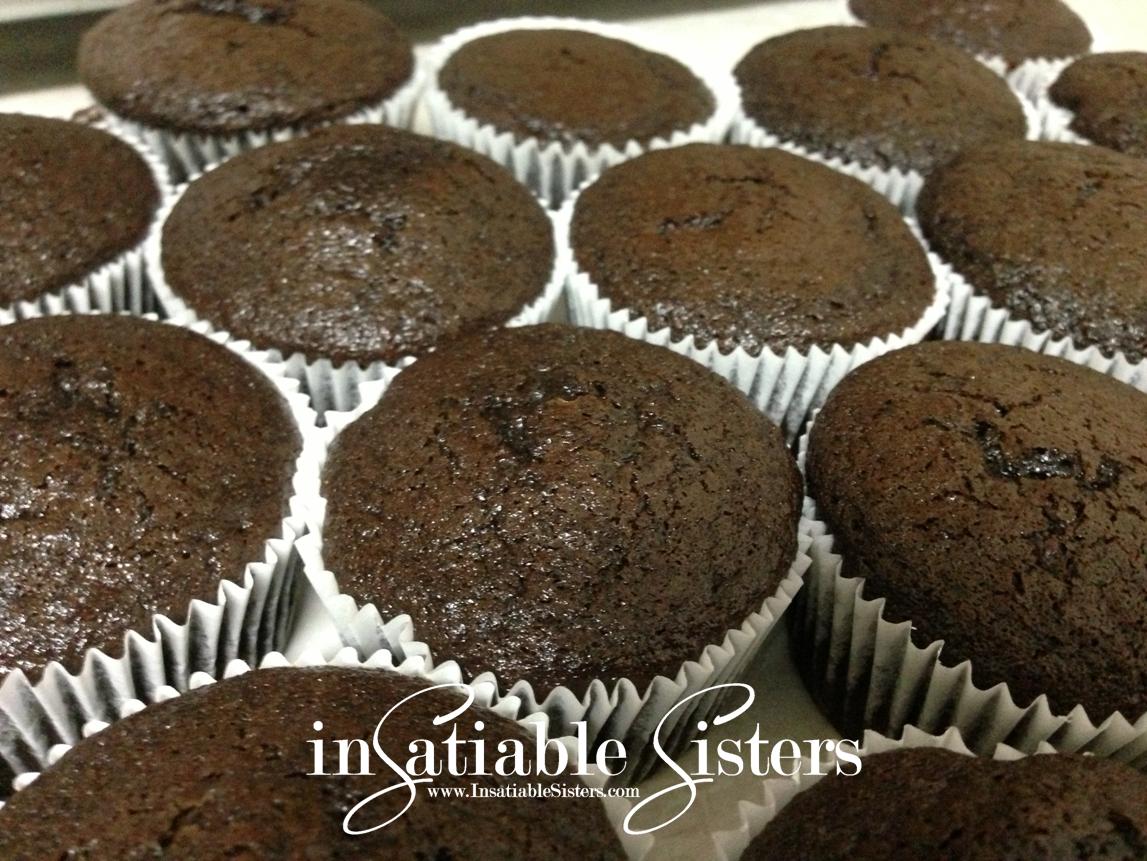 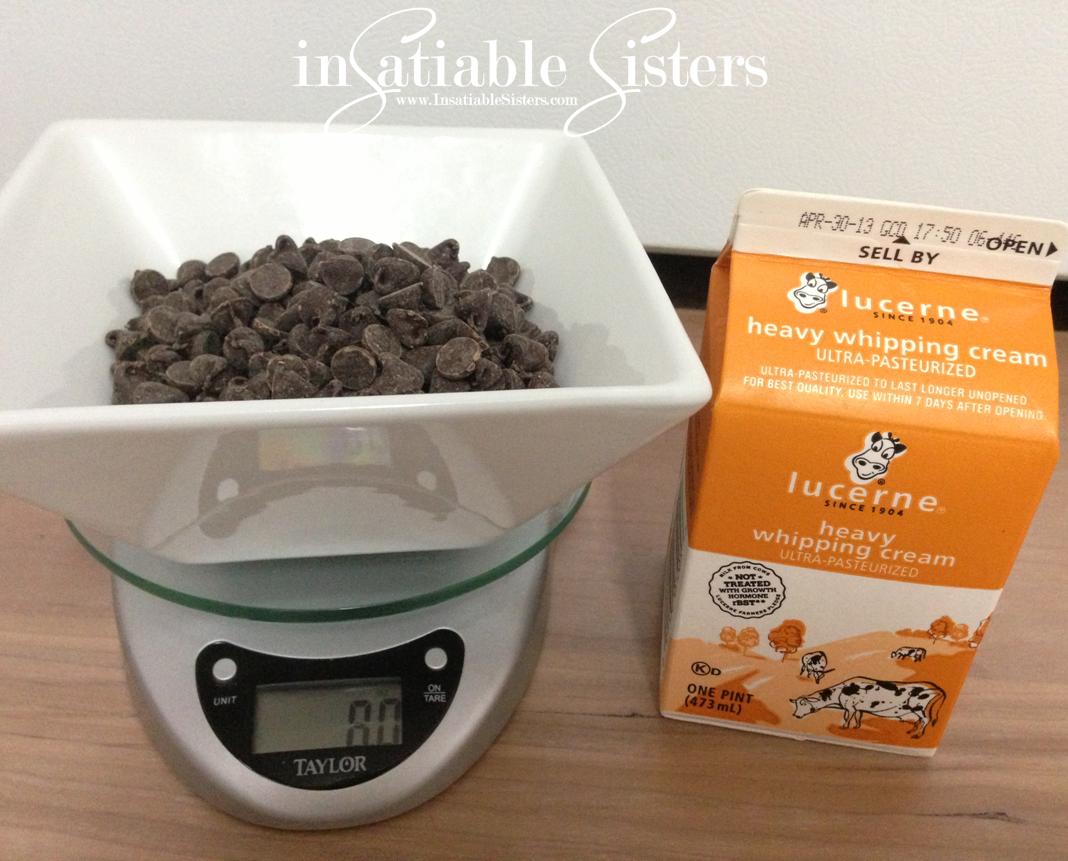 Place chocolate chips in a heatproof bowl.  Bring the cream just to a frothy boil, remove from heat and immediately pour over the chocolate.  Let it sit about 1 minute to allow the chocolate to melt.  Stir gently until the chocolate is melted and the ganache is uniform in color and glossy. 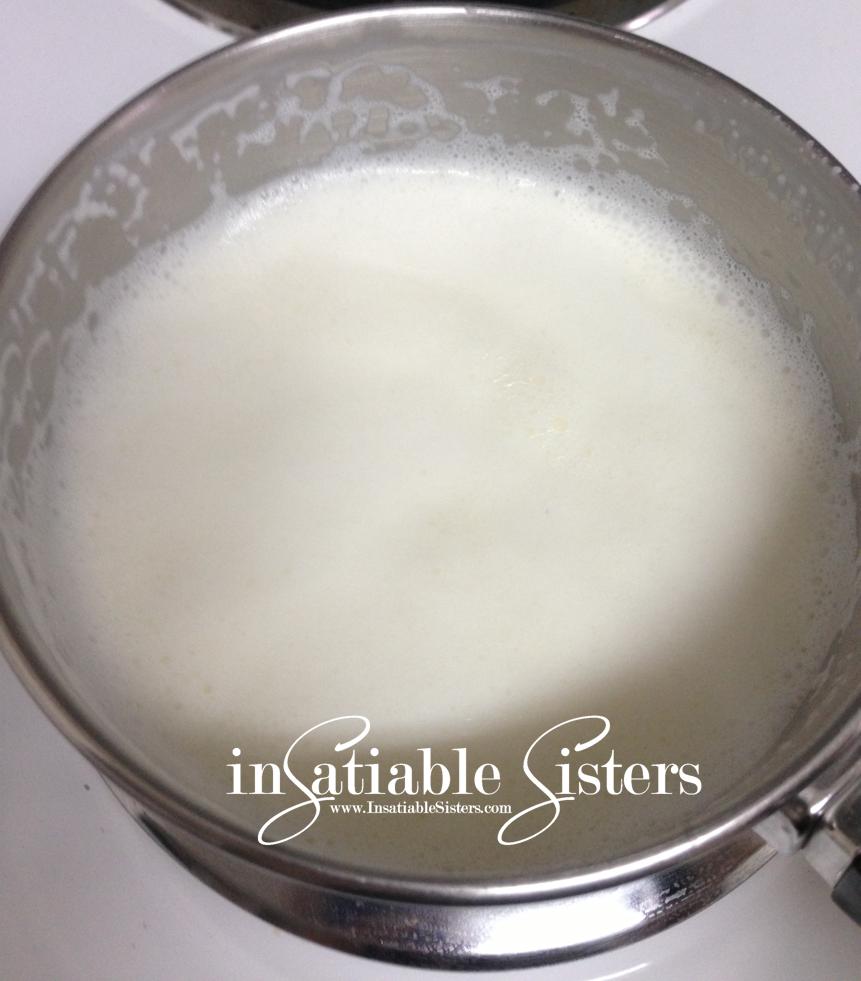 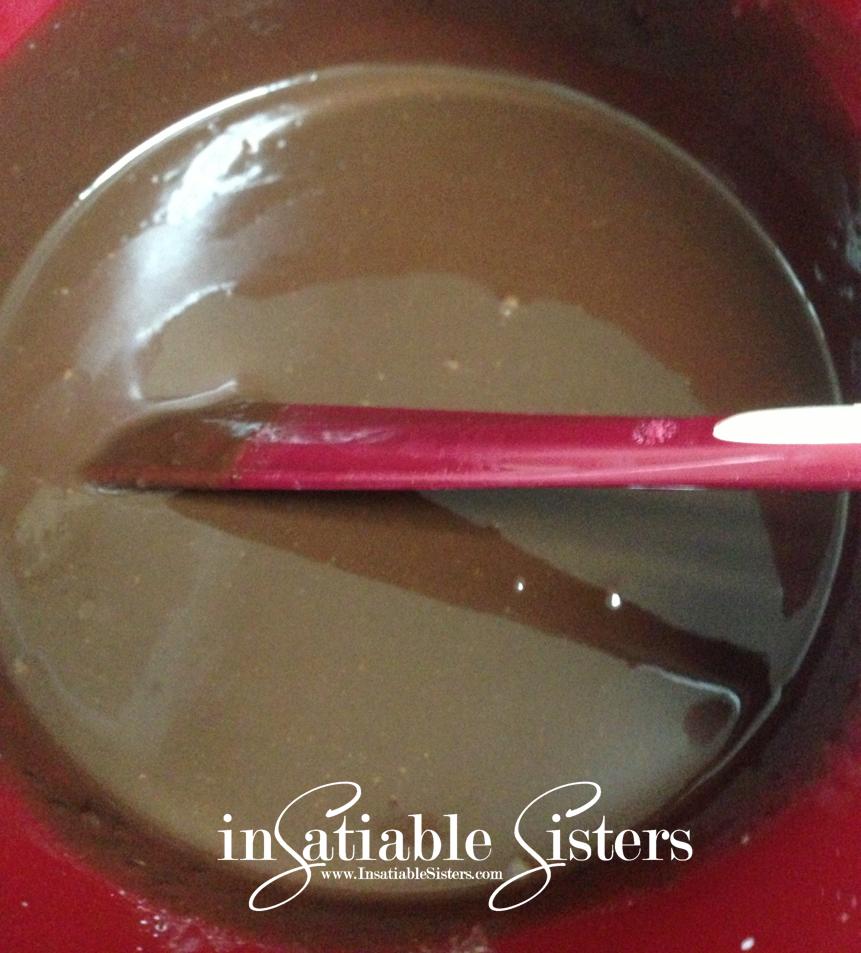 To Fill the Cupcakes

Make a slit in the cupcakes, about an inch long, and about half way deep with a plastic knife.  (The cake won’t stick to a plastic knife.)  Lightly pinch the cupcake so the slit opens up like a mouth.  Using a piping bag or plastic bag with the corner snipped, carefully fill the opening with ganache.  You want it to come to the top, but not overflow. 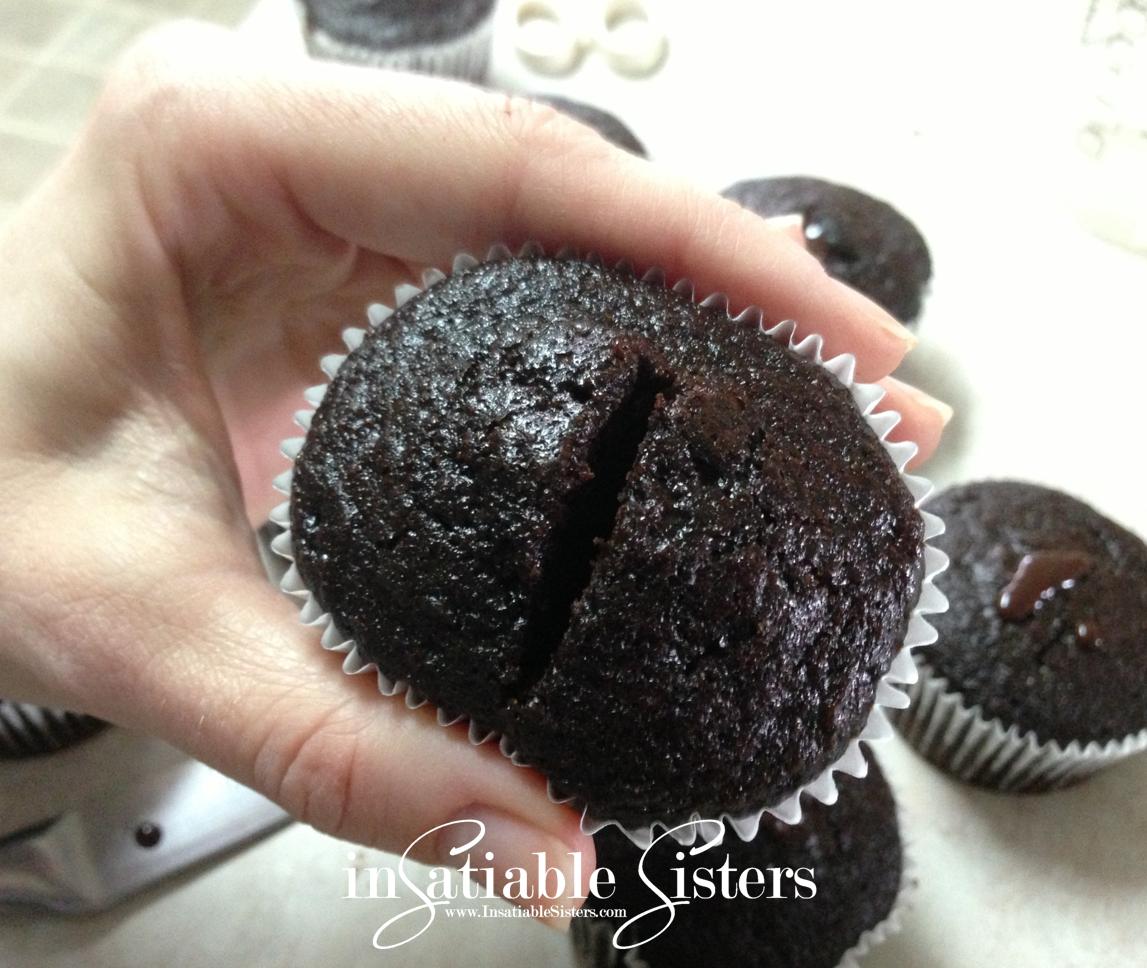 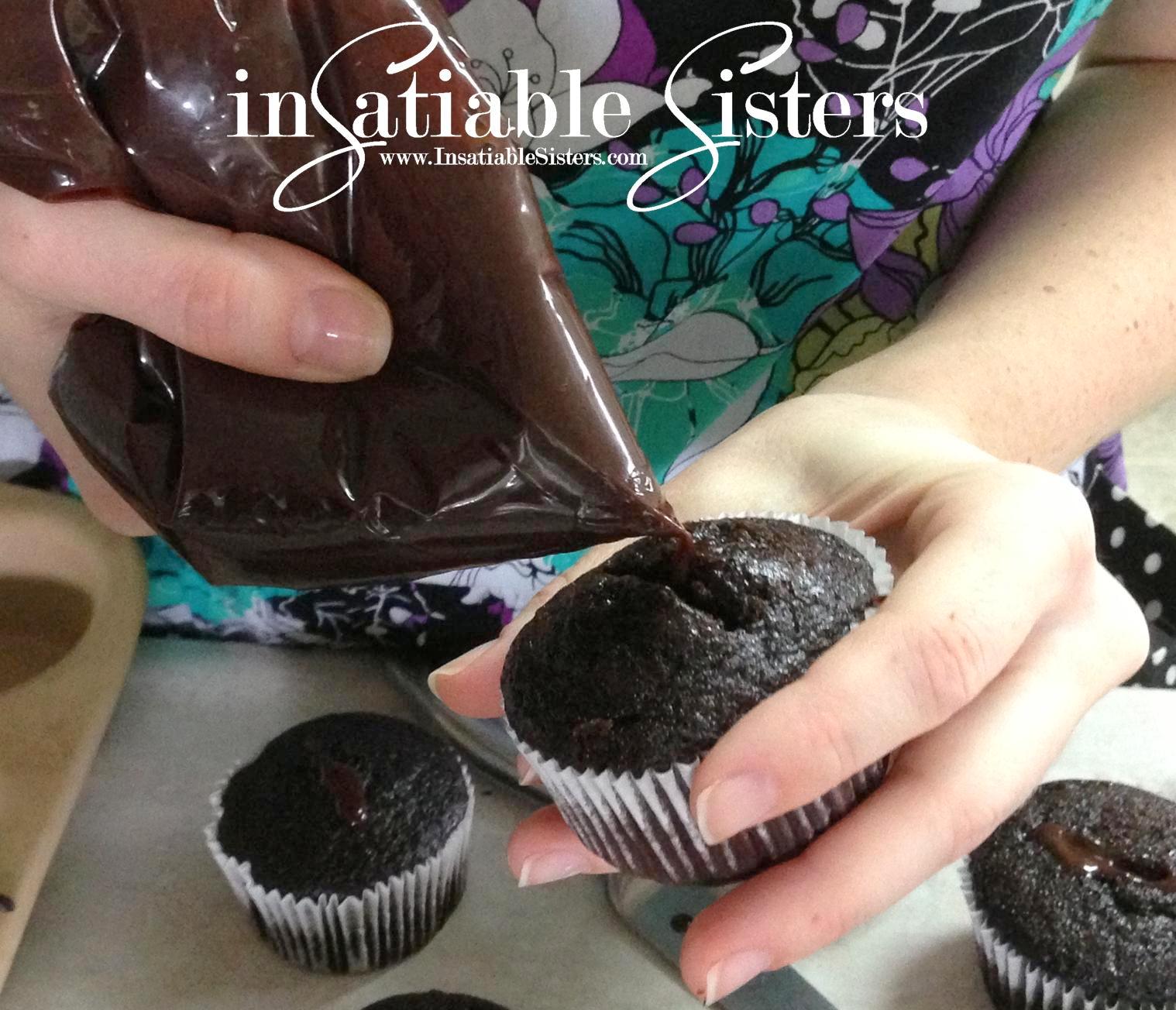 To create candy garnish, using a microwave safe bowl, melt candy for about 30 seconds in microwave.  Add food coloring to desired color.  Use a piping bag to create designs on wax paper.  Allow to cool completely in freezer before handling.

In a chilled metal bowl, whip cream until stiff peaks are just about to form. Beat in sugar and mint until peaks form.  If you want a sweeter cream, add more confectioners sugar 1 tablespoon at a time.  Be sure to taste between additions. 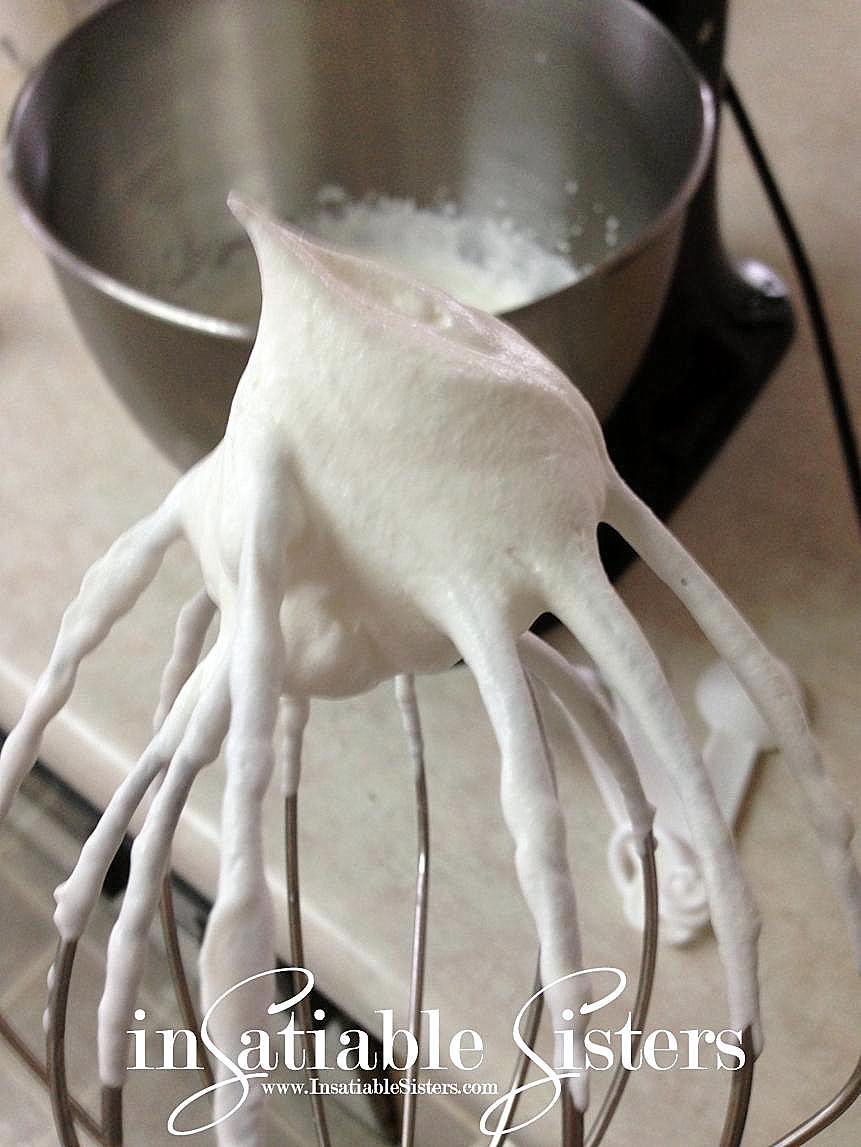 Tip:  You can make the whipped cream ahead, but don’t “frost” the cupcakes until just before serving. 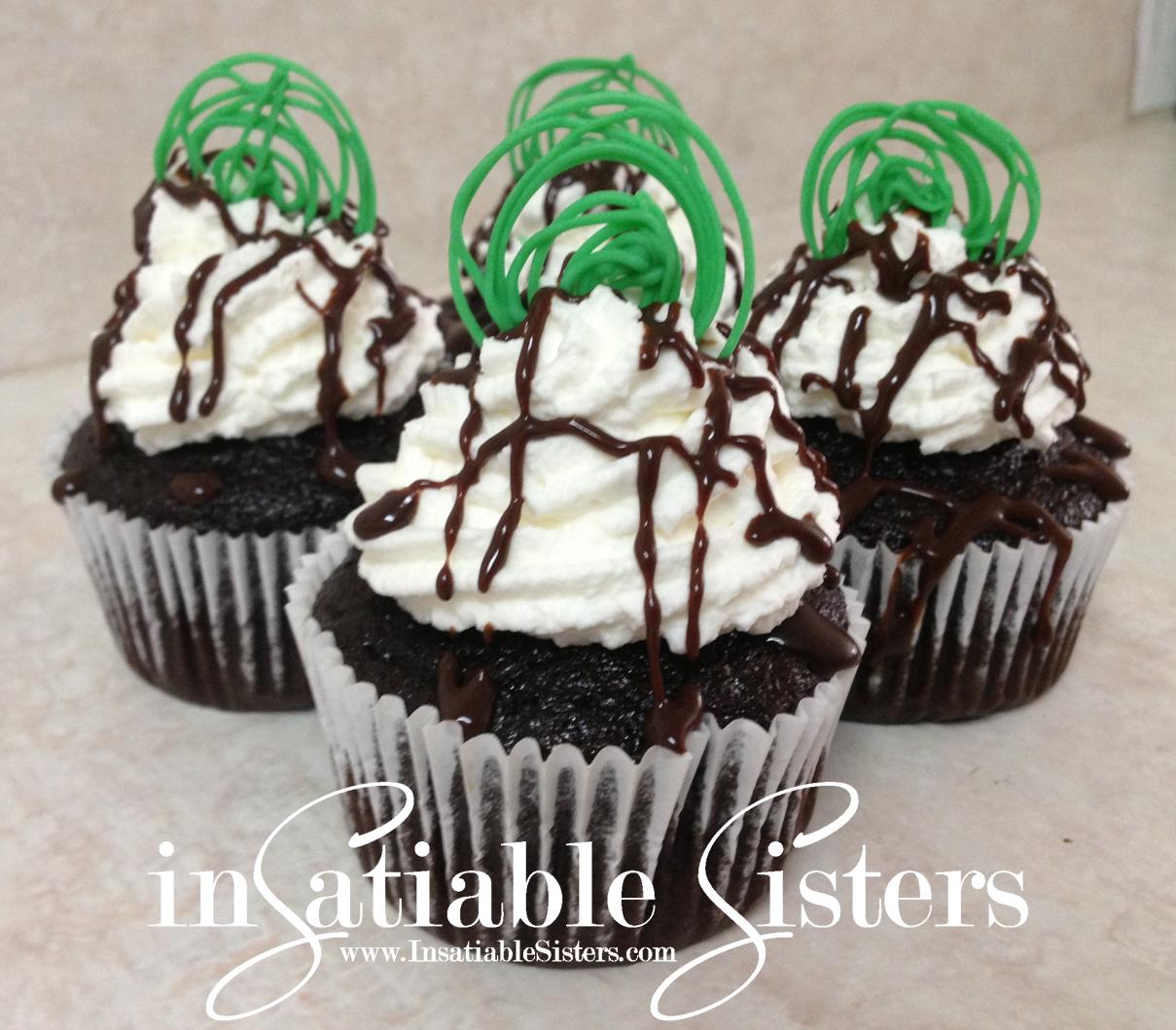